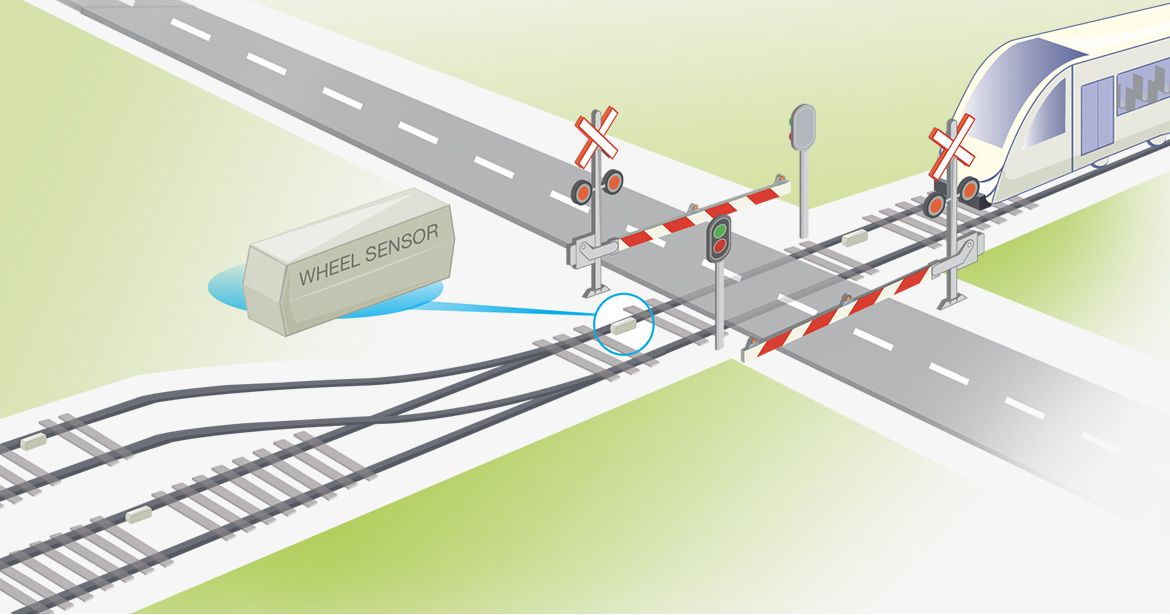 Used with an SIL 4 automaton, the SIL4 Axle counter which integers DRF sensors detects trains and movement in a signaling installation.

The axle counting system is certified SIL4 for multi zone management and detection function is similar as track circuits.

A track circuit is a system based on an electrical circuit, using the rails (conductors) of a railway track, to detect the presence of a train in a given track section called area. This movement detection device can be used together or alone for automatically controlling the signals. These signals may be stop signals such as those used for the protection of turnouts (switches); they may also be spacing signals. In so-called automatic block system (BAL) this device is used to regulate trains spacing, it is called cantonment.

The principle of the track circuit is: car axles shunt the circuit (in green) and the absence of current in the downstream part of the circuit causes a fallback state of the signal power relay (by default red).

Disadvantages of the track circuit

An axle counter is a rail device for detecting the presence of traffic on a section by counting axle crossing detectors bordering this section. A counting head (or “detection point”) is installed at each end of the section, and each time an axle passes over the head at the beginning of the section, a counter increments. A detection point includes two independent sensors (present in one case), so the device can detect the direction of a train according to the order in which the sensors are activated. When the train passes over the counting head at the end of the section, the counter decrements. If the final number is zero, the section is assumed to be free for a second train.