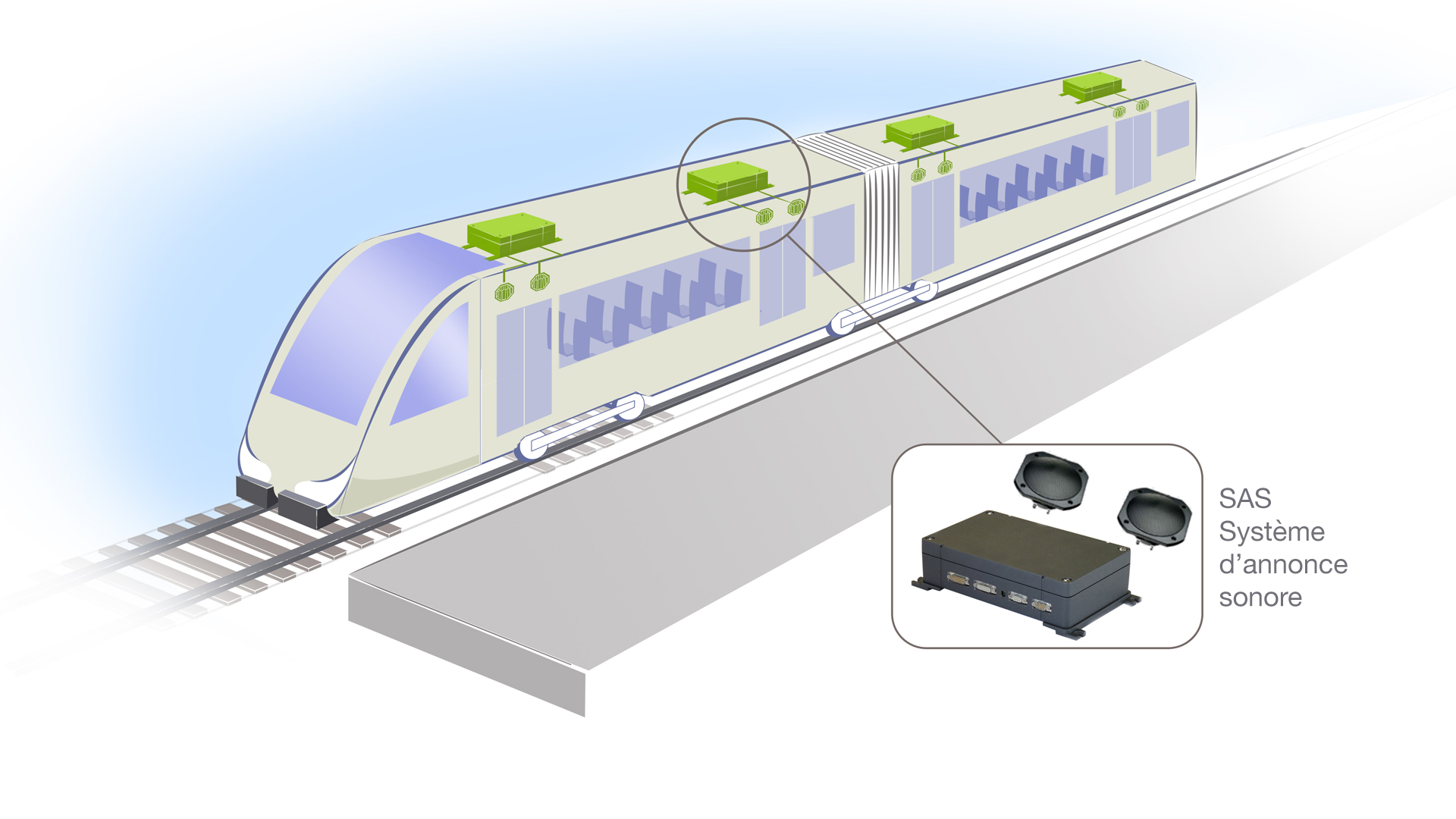 The Onboard Announcement system developed by CLEARSY will be installed in the new Regiolis trains, operated by Alstom. Regiolis is the new TER Alstom one level, linked, low-floor generation which will come into service from 2013.

The Onboard Announcement system developed by CLEARSY will be installed in the new Regiolis trains, operated by Alstom. Regiolis is the new TER Alstom one level, linked, low-floor generation which has been into service since 2013.

This new, more modern type of train will have on board a sound announcements system, which will improve passenger comfort by informing passengers in real time of events affecting their journey.

The passenger announcement system developed by CLEARSY is interfaced with the 2 control systems for the doors on opposite sides of the train. It broadcasts pre-recorded sounds selected in accordance with particular circumstances, such as:

CLEARSY has developed this product around an architecture based on a PIC32 micro-controller on a printed circuit board equipped with all the electrical interfaces to link to the loudspeakers and to the door control systems.

The sounds are recorded in a memory in compressed digital format, free of royalties and communication with the doors system is transmitted via a CAN bus. The sound is decompressed by the software to transform the digital format into analogue in order to send it to the loudspeaker(s) in mono or stereo digital mode at 44100Hz.

A multiplatform graphics application makes it possible to set the SAS board and to fine-tune the configuration of each sound via a RS485 interface. As part of developing the leading part of the programme CLEARSY has:

It is planned to supply SAS systems for all Regiolis trains.