B METHOD for the construction of a MICROKERNEL

CLEARSY > References > B METHOD for the construction of a MICROKERNEL 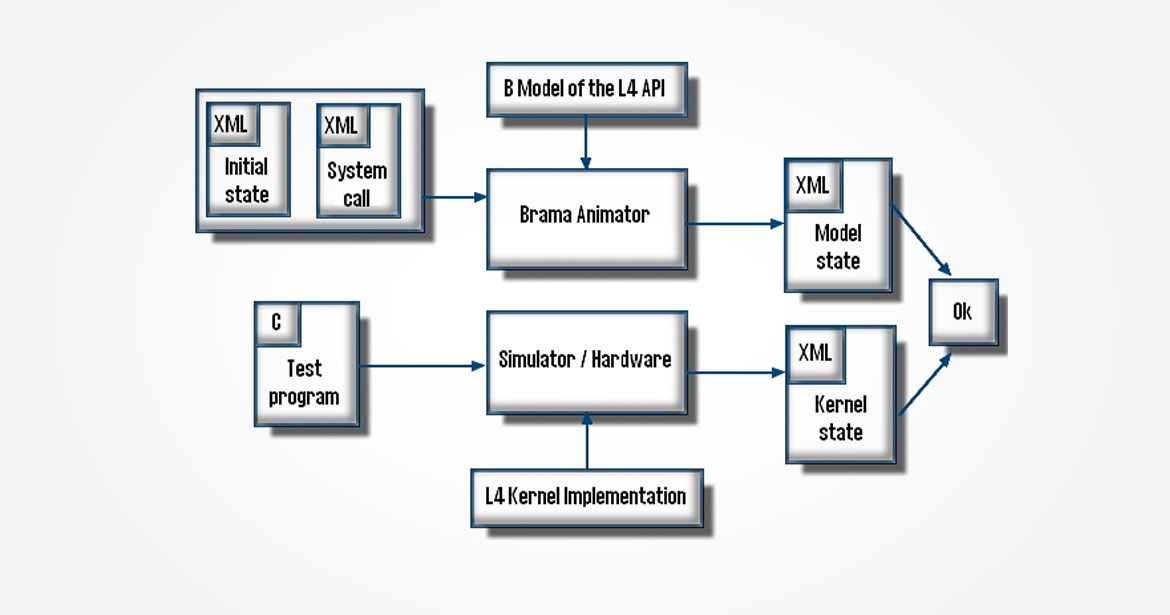 The B METHOD for the construction of MICROKERNEL – Based Systems :

Microkernels have been developed to minimize the size of software that needs to run in privileged CPU-Mode. They provide only a set of general hardware abstractions, which then can be used to implement an operating system with a high level of reliability and security on top.

L4 is a second generation microkernel based on the principles of minimalism, flexibility and efficiency. Its small size (about 15,000 lines of C++) and its relevance for security make it a good candidate for formal analysis. This paper describes our approach to develop a formal model of the API of the L4 microkernel.  The goal was to evaluate the possibility to model such software with formal techniques, moreover, the objectives were:

We have obtained a model describing all the system calls and a manual outlining:

To conclude, we consider that the development of this model allows us to obtain more confidence in the correctness of the API, to describe its behavior from a different point of view and to establish a deeper understanding on how it works.

The test framework allows to validate the model against an implementation; the relation between the model and the implementation is not proven (as it could be in a complete formal development with code generation) but the test allows to ensure more confidence.