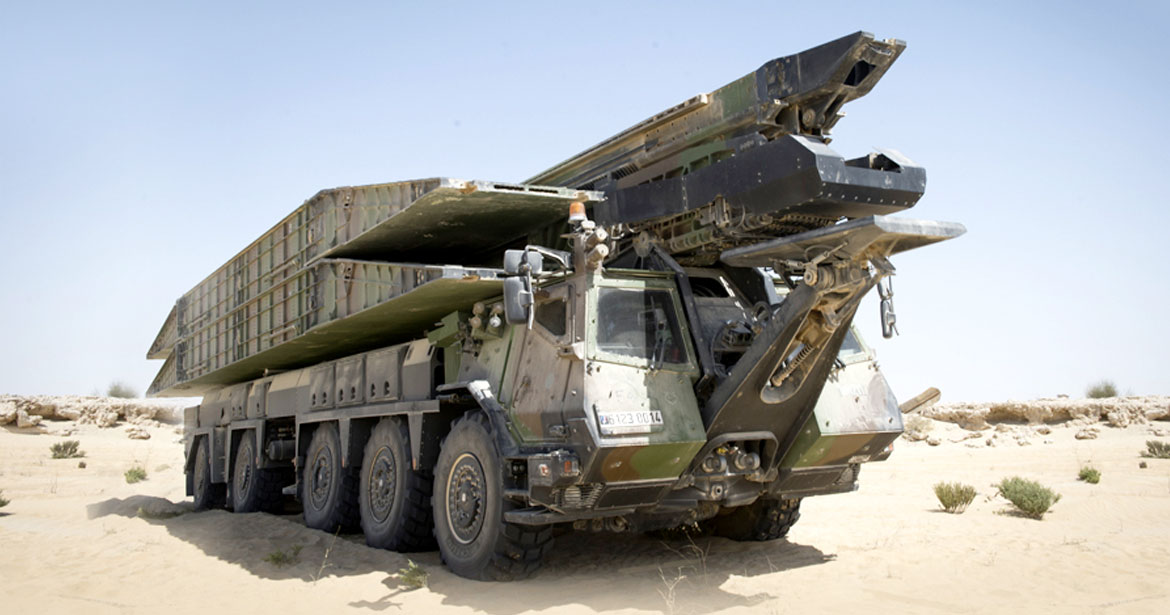 The originality of the system comes from the fact the length of the bridge is modulated based on the length of the obstacle to cross.CNIM has developed and manufactures the SPRAT (Rapid Span Placement System). The assault bridge includes a class MCL 70 modular span with a length of 26 m in two parts, deployed by a wheeled all-terrain vehicle. CLEARSY is responsible for functional integration of the vehicle.

This front-loading crossing material has the following characteristics:

Architecture modeling is now used at CNIM for the design of malfunction studies (AMDEC).

It has allowed CNIM to define the architectural level of the vehicle rolling base, a task required today for the design of the SPRAT test plans. In addition, this study has allowed the implementation of technical documentation, which is frequently used by suppliers of various elements of this architecture.