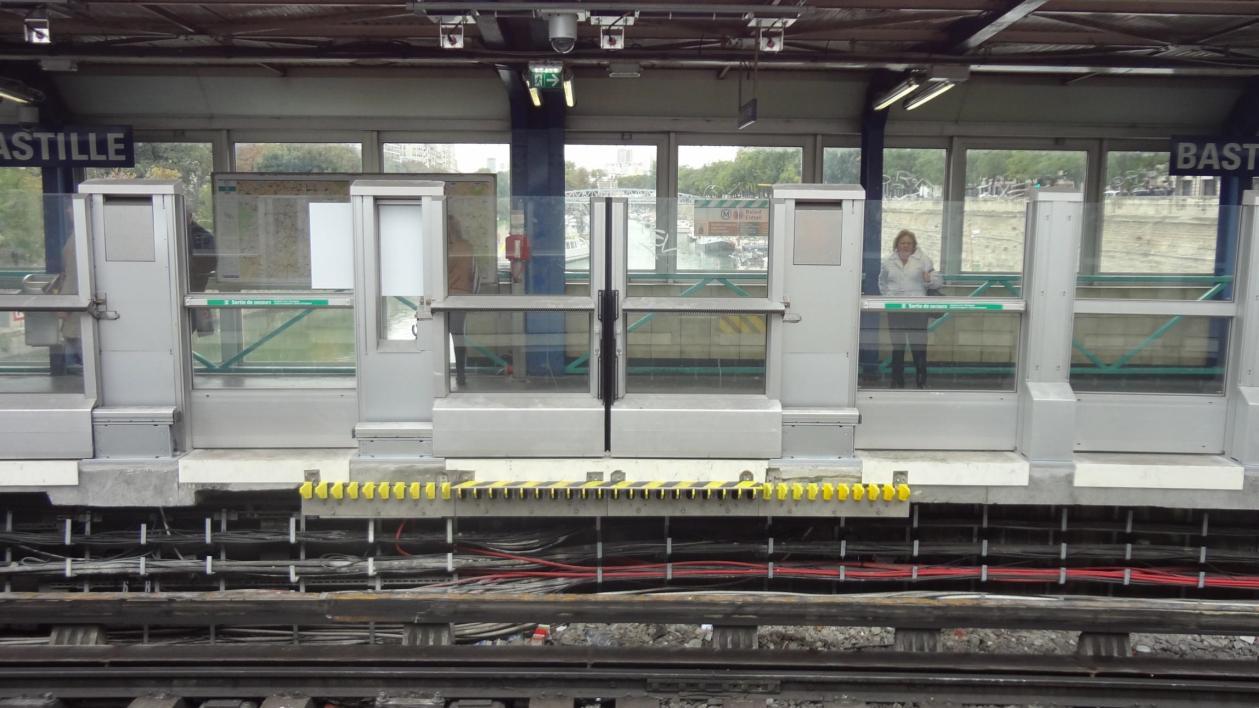 Its principle is to prevent the intrusion of people into the gap by putting a physical obstacle between the platform and the dangerous zone in the lower gap. The device consists of a “comb” of teeth that fills the gap.

Definition of gaps between the platform and the train

A gap between the platform where the passenger is waiting and the train or metro can be present in 2 cases:

There are two main families of systems to prevent users from falling into these spaces:

These active solutions have been the subject of much work; they prove to be quite mechanically complicated. These solutions can affect stopping times and traffic in case of failure. They can also be useful for another problem, different from that of curved platforms: access for people with disabilities, especially wheelchair users.

The solution we propose has been developed to prevent falls between the platform and the train. It has the great advantage that it cannot present any electrical or mechanical failures (other than destruction). It is of low mechanical complexity which facilitates installation and limits its cost. There is no transition phase that would have an impact on traffic. It is dedicated to the problem of the gap and is completely independent.

The containment of the gap by our passive device

In the figure above, the fall arrest device is used to block the fall of an individual. The device is designed to withstand regular impacts. It consists of 2 parts: 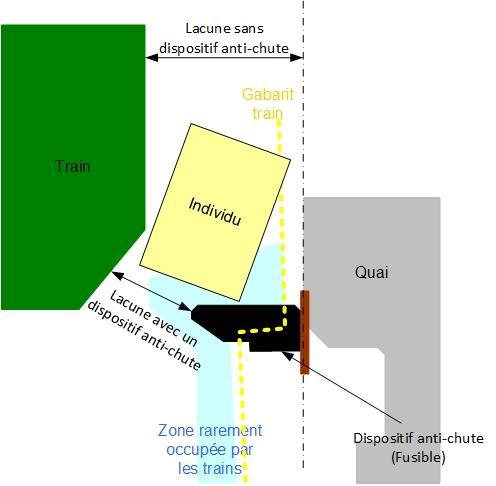 Development of the anti-fall device for travellers

CLEARSY has developed the device to meet the problems of commissioning the automation of line 1 of the Paris metro. This line has 3 curved stations with “low gaps” (Bastille, Charles de Gaulle-Etoile, Nation).

This device has enabled RATP to ensure the safety of users with automatic trains. To best equip RATP stations, which have significant differences in their respective platforms, several tooth lengths are used.

On the Lyon metro, where it is also in service, the adjustment was carried out on the fixings, thanks to mobile plates allowing to reach the danger zones.

The different features of our anti-fall system

The plate is used to fix the teeth to the nose of the platform. It is fixed into the platform by the fixing “ears”. It measures 1000 mm x 230 mm x 5mm. This dimension allows for 5 different heights of adjustment for the tines. The width allows for plates with 10 teeth. They can be modified to suit the particularities of the terrain. 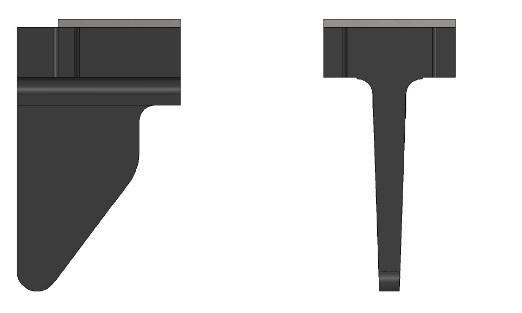 Characteristics of the teeth

A tooth is made of extruded aluminium (Ame) and a part of smoked elastomer, halogen free. There are several lengths of tines: 130 mm, 170 mm, 190 mm, 210 mm. They can be cut to fit the area to be covered more easily, while an aluminium wedge can be added to increase the tooth size.

If a mat is added, a fixing bracket is added to hold it in place. The mat helps to soften the hardness of the fall. It does not help to secure the gap.

Figure 3 shows the installation plan with the wedge and the fixing bracket.

Advantages of the CLEARSY solution