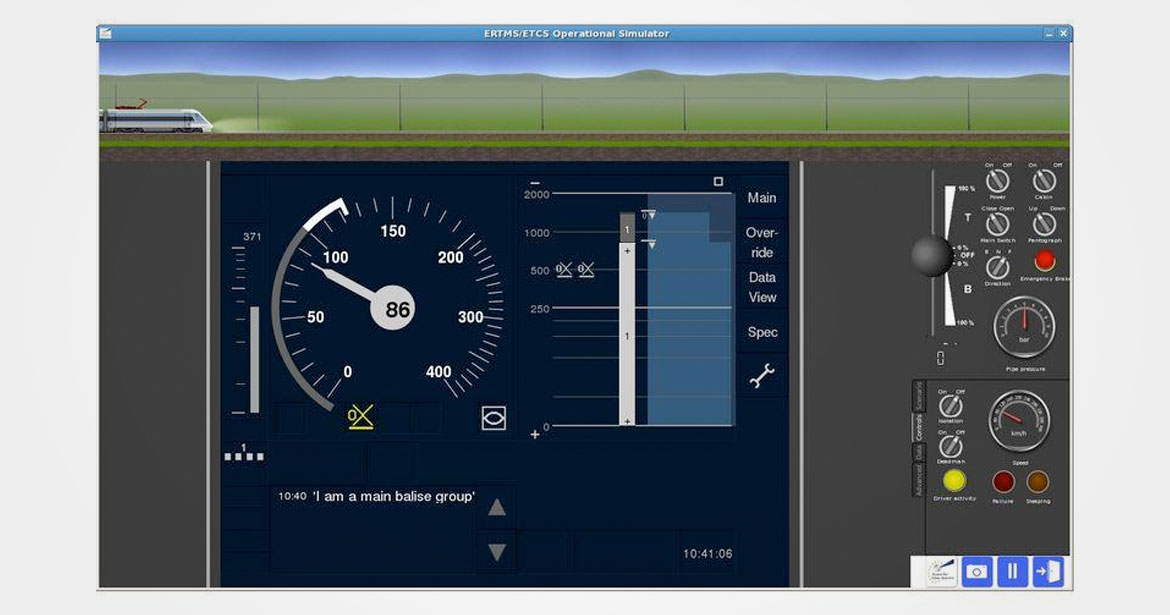 The ERTMS/ETCS Operational Simulator is a real time simulation demonstrating how trains can be run on tracks under ERTMS/ETCS supervision. Based on predefined scenarios defining all the events that have to occur (mainly ETCS messages), the operator drives the simulated train with an interactive train movement control.

A single PC includes all the functions. The screen shows the ETCS Driver Machine Interface and information to simulate the train driving. Another PC can be added to display a very realistic view as seen by the driver (see also 3D Tools Suite).

This tool can be used for training, demonstration and test of the system, but also research. It can be used to assist the development of railway operational rules, to investigate issues about deployment of ERTMS and to assess supervision curves.

The main PC displays the ETCS DMI, a simplified train desk and a lateral view of the track and runs the full simulation (EVC, trackside, train), while an optional PC handles the 3D representation of the track.

The operator can use the mouse to control the train movement. A keyboard, a joystick or an external desk can also be connected to allow operator inputs.

The Operational Simulator can be used for many purposes, and one of them is training. Several features are very useful in that case: