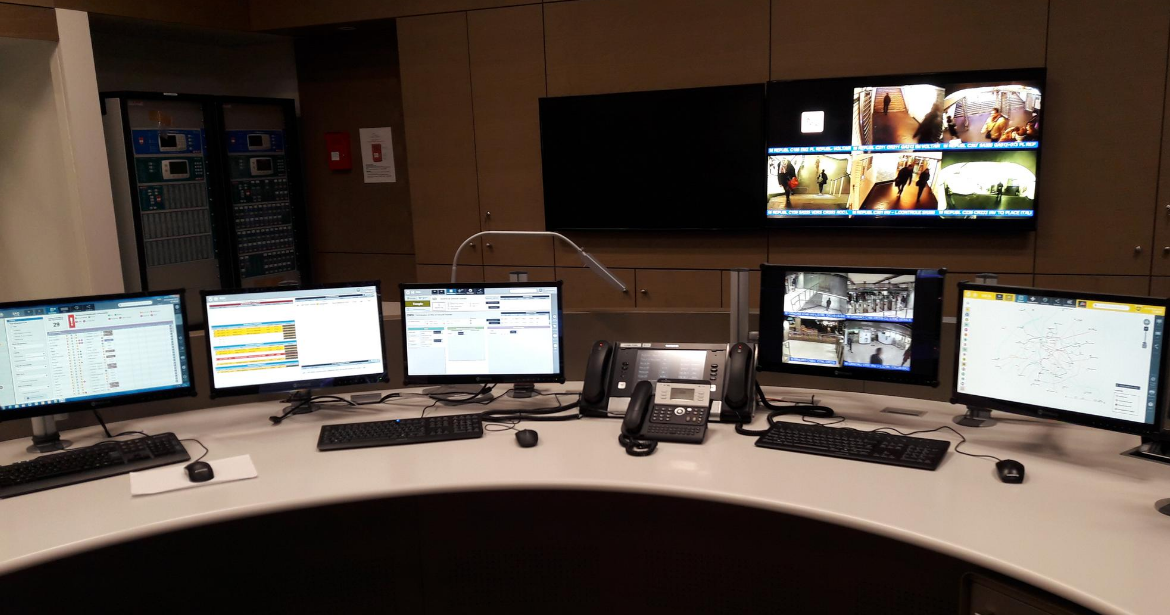 The central supervision system developed by CLEARSY allows RATP to concentrate, in a central fire safety station, the supervision (control and command) of the fire safety and fire detection systems of the Parisian metro stations.

Informed in real time of the status of all the fire safety equipment by the supervision system, the operating assistance system enables the fire safety and personal assistance service to resolve any doubts by locating, on a 2D map, the premises and equipment in alarm, and then visually checking the existence of an outbreak of fire by means of video on an operator station.

If the event is confirmed, the central supervisor then allows the operator to remotely act on the safety devices located in the station (fans, motorized ventilation bay, fire-smoke device, air curtain…). The safety procedures are automated to facilitate and accelerate the operator’s work and limit the fire risk.

In this architecture, which integrates a SIL2 Supervisor, the fire safety system in the station remains operational, continues to alert, but its operation no longer requires monitoring by a local operator, and is only used in the event of a failure of the central system or the network.

The contract for RATP includes the installation and commissioning of the centralized control system and data acquisition interfaces in metro stations. The first commissioning started in September 2019 (21 stations in service in April 2021).

It is sized to drive 700 stations with 5 events/state changes per second per station, which represents a capacity of 3500 state/events changes in one second.

The system is certified at SIL2 level according to the 61508 standard by Bureau Veritas and is approved by the CNPP, the organization responsible for the approval of all systems related to fire detection in France.

Posts
Linked to this référence