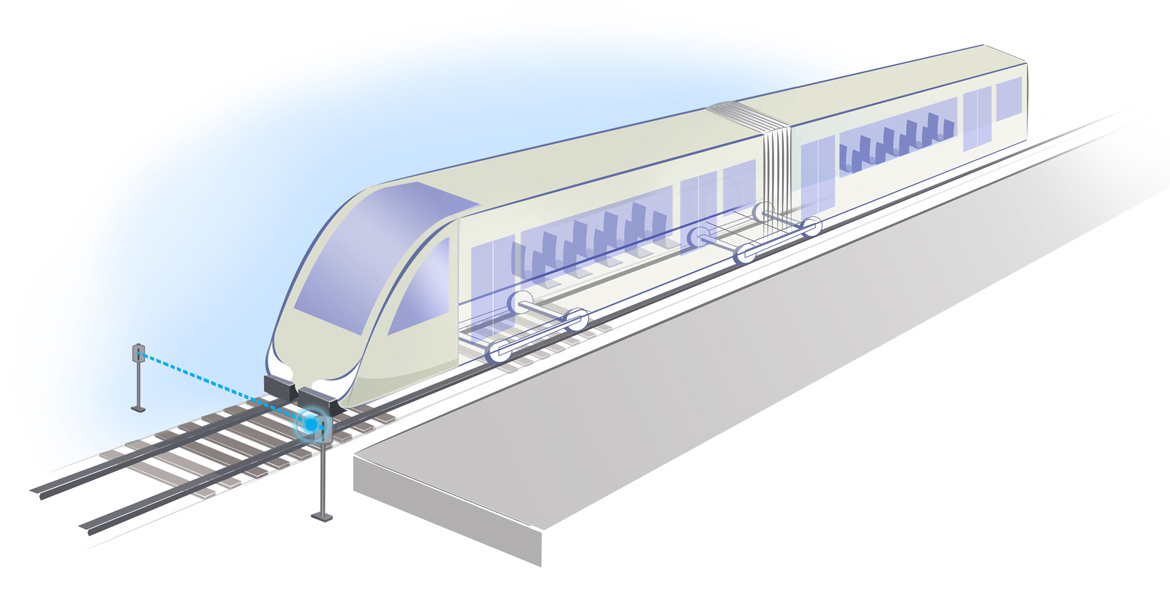 When this line is crossed by an object, the receiver status changes. When the object no longer acts as an obstacle to the beam, the receiver returns to its initial active state.

This equipment is SIL4-level safe as it has been demonstrated that the probability of the receiver being in an active state when an object crosses the beam is lower than 10-9 (EN 50126 and EN 50129 standards).

Today, DNH is a prototype designed and manufactured to be qualified SIL4 in an industrial version pursuant to intrinsic safety principles. The prototype has been tested in the Porte de Charenton station on the Paris subway system since November 2006.

The DNH Barrier – Its Feature and Properties

DNH various features and properties are as follows: