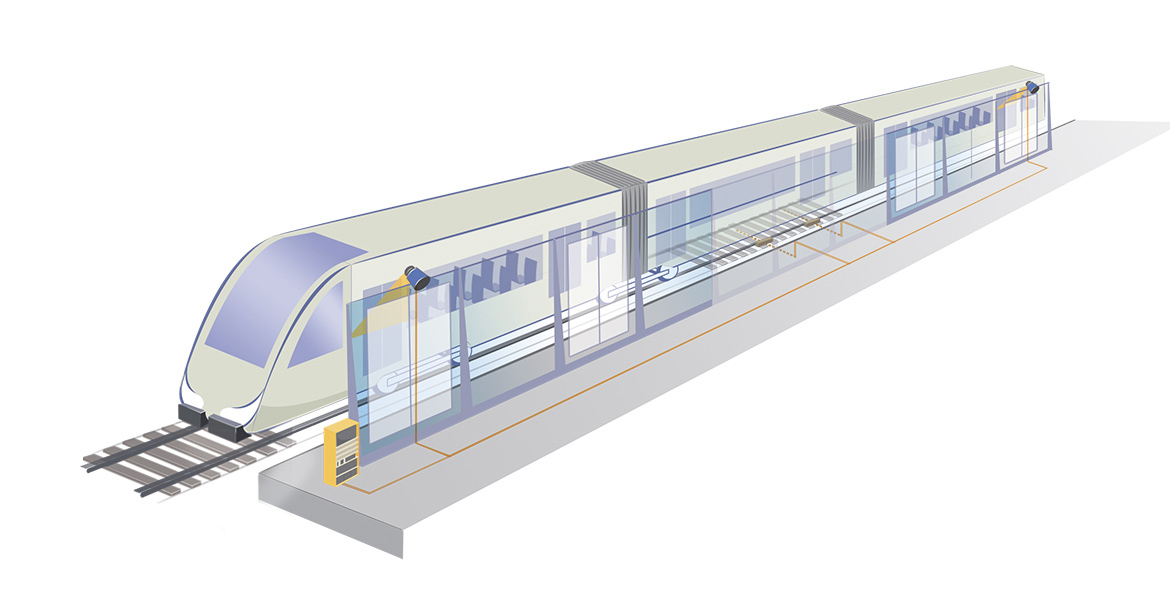 COPPILOT is a safety critical railway system, which controls the opening and closing of platform screen doors at a metro station. These platform screen doors are installed to keep traffic flowing safely. Developed by CLEARSY, this system has been installed, among other locations, in the Paris metro, at several platforms: station Invalides and Saint-Lazare Line 13. It is currently being installed in the subway in Sao Paulo, where a dozen stations will be equipped during 2010/2011.

Safety system to open and close the platform screen doors.

COPPILOT is a system that complements existing metro equipments, consisting of a controller and various sensors. The originality of this system relies in its ability to work with non fully automated metros. The whole system is safe and meets railway standards. To ensure system safety and automation CLEARSY has used the formal B method.

The COPPILOT system is an autonomous device, since it only relies on sensors installed on the platform. Thus, it is not necessary to install equipment on the train, which is ideal for the Stockholm project for which only two stations are equipped with platform screen doors for a very important existing train fleet. An innovation of CLEARSY that should be emphasized is the individual control of each platform screen door. So if a train door remains closed, the front platform screen door will not open. Similarly, the system adapts to long or short trains and manages the whole facade or only half. The system also includes other functions for operator comfort: a luminous sign indicating the position of the train using the approach maneuver. Passenger comfort is also enhanced with a modulating control of platform screen doors in order to adjust the amplitude of opening doors depending on the train position.

Control of door opening and closing by train observation